Rorty's Death in the Iranian Media 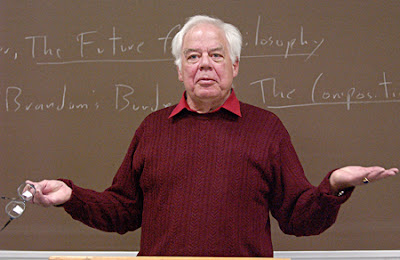 Rorty died a few days ago. I read the news about his death on the first page of the newspapers in Iran. I found it sad that for American media the news about Paris Hilton imprisonment is more of a news than the death of one of America's most prominent philosophers. I talked about this to an American friend. She reminded me that Rorty's death was not actually “important news“ that much, hence not worthy of being in the newspapers' first pages. She found that odd that the Iranian media consider such a thing worthy of the first page (not that she thinks Paris Hilton should be on the first page, but she thinks neither one are really important news of the day.)

I don't really know how important Rorty was for Americans, but his last interview in The Progressive shows how important he was for the Iranian secular leftist movment.
Email Post
Labels: Iran Philosophy Politics 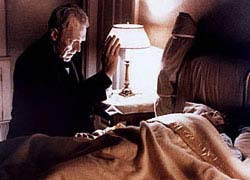 The Exorcist, A Samuel Huntington Movie

The Other
I am an Iranian immigrant living in Los Angeles. In my spare time, I write a few words here to force myself to express my thoughts in a language with which my mind rejects working.